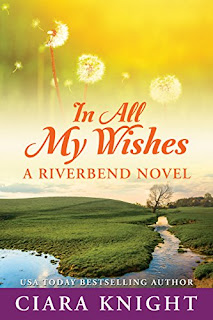 In All My Wishes
At the age of fifteen, Anna Baker was ripped from her childhood home, and her one true love, vowing to return the minute she graduated high school. Professor Liam Harrow once believed his childhood sweetheart would return home to him, but during college he faced reality and hardened his heart to love. When Historic Hall faces demolition, both Anna and Liam search for options to save their childhood memories, but when secrets unravel and the truth of Anna’s childhood departure is revealed, it could corrupt their memories, risk their present, and destroy their future.
Kindle Price: £0.00
Click here to download this book. 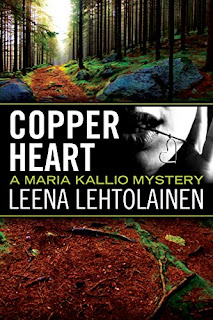 Copper Heart
Former police sergeant Maria Kallio gladly left her tiny Finnish hometown of Arpikylä without looking back. But even though Maria despises the small town and the acrid smell from its now-closed copper mine, when Arpikylä’s sheriff asks her to serve as deputy sheriff for the summer, she agrees. What should have been a quiet summer soon turns dramatic – and deadly. Meritta, an outspoken local artist, plunges to her death from the copper mine’s tower, and Maria immediately suspects someone helped her fall. Now Maria must face the harsh truth that one of the town’s residents killed Meritta, and friends Maria has known for decades all harbor their own murderous motives – even Johnny, her gorgeous former crush who almost makes her forget about her long-distance boyfriend, Antti, who is studying in Chicago. In this thrilling addition to the internationally successful Maria Kallio mystery series, the past and present of the beloved Finnish detective violently collide, leaving her future in grave danger.
Kindle Price: £0.99
Click here to download this book. 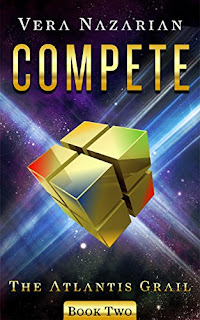 Compete
It's one thing to Qualify…But do you have what it takes to Compete? With Earth about to be destroyed by an extinction level asteroid, teenage nerd, geek, and awkward smart girl Gwen Lark, and a few of her friends and loved ones, barely Qualified for rescue onboard one of the thousands of ark-ships headed to the ancient colony planet Atlantis. Now faced with a year-long journey in space, life in a wondrously alien environment, and many tough life choices, Gwen must decide who or what she will become. Fleet Cadet or Civilian? Friend or lover? Average or extraordinary? Can she make new friends? Can she trust the old ones, such as Logan Sangre, her sexy high school crush and an Earth special operative?
Kindle Price: £3.24
Click here to download this book. 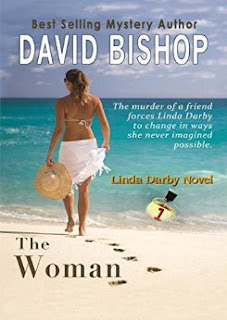 The Woman
There are approximately one-hundred-and-sixty million women living in America. This is a story of just one woman. As the story unfolds Linda gradually learns that some people do deserve to die, but that she is not one of those people. Linda Darby is a seven-year divorcee, living quietly in a small let-the-world-go-by beach town on the coast of Oregon, who day trades for a living. Her only close friend is a widowed elderly woman who manages a small consulting company, which, as is later discovered, never has visitors, sends and receives its business correspondence only by courier, and is not listed in any phone directory. No one in town knows what kind of consulting the company does, but the rumor is that whatever they do is done for the government.  Linda doesn’t date local men. When her celibacy grows intolerable, she visits nearby towns to frequent the watering holes of successful men. Her motto: No relationships. No second dates. No use of her real name during one-night stands.
Kindle Price: £3.86
Click here to download this book. 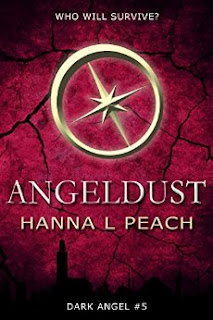 Angeldust
Everything about Michael’s dark plan has been hidden – until now. On an island off the coast of Egypt, a fourth Seraphim city has been discovered; a city that doesn’t appear on any Seraphim map. This city is hidden, the air smells of blood and there is something very, very wrong with the inhabitants. Back at Castle Speranza, while Alyx is off uncovering the secret of Raphael’s charm, someone will betray her in the worst possible way… Michael now has everything he needs. Will Alyx be able to stop Michael? Or could this be the end of the world as we know it?
Kindle Price: £2.99
Click here to download this book.