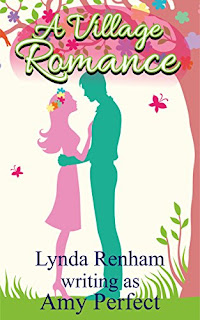 A Village Romance
'As a heatwave rolls into Little Perran, so does love. Billy Baxter, the has-been rock star, and Rafe Wylde, the hunky farm worker arrive, both destined to cause havoc as they touch the lives of the villagers. Milly finds a new job and things start to look up for her, but she is unaware that a ghost from her past is looking for her. '
Kindle Price: £0.00
Click here to download this book. 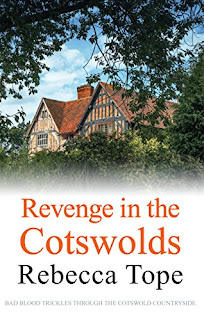 Revenge in the Cotswolds
Thea Osborne is determined to avoid trouble during her latest commission house-sitting in the pretty Cotswold village of Daglingworth. Anticipating a relaxing two weeks spent looking after an old corgi and a hibernating tortoise, spiced with phone calls to boyfriend Drew Slocombe, Thea settles down quite contentedly – for about half a day. Until, that is, a dead body is discovered in a nearby quarry. Having encountered a group of environmental activists, Thea suspects the death might be a backlash from angry residents against their radical ways. And while she can empathise with the activists’ views against wind farms, badger culls and building developments, Thea’s not so sure about their violent methods. As real tensions begin to unravel, even Thea, a seasoned crime-solver, is surprised by the truth...
Kindle Price: £1.09
Click here to download this book. 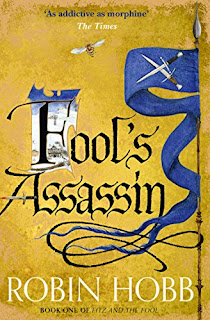 Fool's Assassin
Tom Badgerlock has been living peaceably in the manor house at Withywoods with his beloved wife Molly these many years, the estate a reward to his family for loyal service to the crown. But behind the facade of respectable middle-age lies a turbulent and violent past. For Tom Badgerlock is actually FitzChivalry Farseer, bastard scion of the Farseer line, convicted user of Beast-magic, and assassin. A man who has risked much for his king and lost more…On a shelf in his den sits a triptych carved in memory stone of a man, a wolf and a fool. Once, these three were inseparable friends: Fitz, Nighteyes and the Fool. But one is long dead, and one long-missing. Then one Winterfest night a messenger arrives to seek out Fitz, but mysteriously disappears, leaving nothing but a blood-trail. What was the message? Who was the sender? And what has happened to the messenger? Suddenly Fitz's violent old life erupts into the peace of his new world, and nothing and no one is safe.
Kindle Price: £1.99
Click here to download this book. 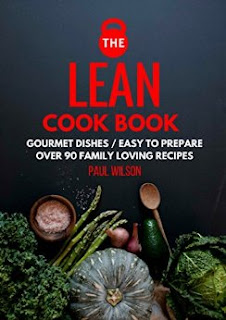 The Lean Cookbook: Over 90 Family Loving Recipes That Melt Fat
Over 90 gourmet, easy to prepare recipes that the whole family will love. If you want more energy, melt inches, boost your body confidence and reboot your health then look no further. Simply chose 1 of 30 breakfast, 1 of 30 lunches and 1 of 30 dinners each day for the next 30 days to complete the 30 day challenge.
Kindle Price: £2.99
Click here to download this book. 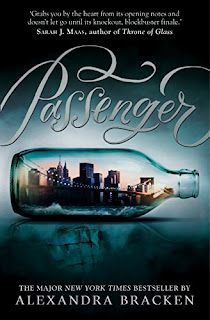 Passenger
In one devastating night, violin prodigy Etta Spencer loses everything she knows and loves. Thrust into an unfamiliar world by a stranger with a dangerous agenda, Etta is certain of only one thing: she has traveled not just miles but years from home. And she’s inherited a legacy she knows nothing about from a family whose existence she’s never heard of. Until now.
Kindle Price: £0.99
Click here to download this book.
Posted by Joisel at 5:00 PM