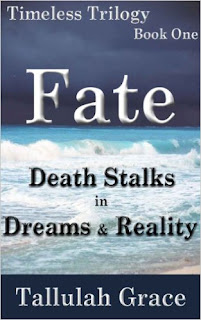 Timeless Trilogy, Book One, Fate
The good things in life are coming together for Kristina Collins. She’s found her ideal home, her career is on track for mega success and the man of her dreams has finally come back into her life. In Fate, the first installment of the Timeless Trilogy, Kris Collins discovers the benefits and risks of having precognitive visions while being stalked by a serial killer. Her friends can’t help her, the FBI can’t save her; she must save herself.
Kindle Price: £0.00
Click here to download this book. 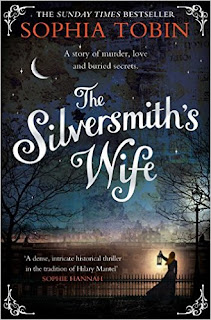 The Silversmith's Wife
The year is 1792 and it's winter in Berkeley Square. As the city sleeps, the night-watchman keeps a cautious eye over the streets, and another eye in the back doors of the great and the good. Then one fateful night he comes across the body of Pierre Renard, the eponymous silversmith, lying dead, his throat cut and his valuables missing. It could be common theft, committed by one of the many villains who stalk the square, but as news of the murder spreads, it soon becomes clear that Renard had more than a few enemies, all with their own secrets to hide. At the centre of this web is Mary, the silversmith's wife. Ostensibly theirs was an excellent pairing, but behind closed doors their relationship was a dark and at times sadistic one and when we meet her, Mary is withdrawn and weak, haunted by her past and near-mad with guilt. Will she attain the redemption she seeks and what, exactly, does she need redemption for…? Rich, intricate and beautifully told, this is a story of murder, love and buried secrets.
Kindle Price: £0.99
Click here to download this book. 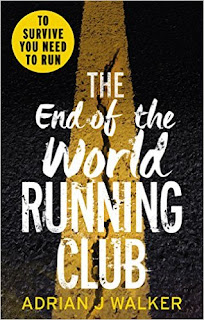 The End of the World Running Club
Edgar Hill is 35 and caught in his own headlock. Overweight slob, under-performing husband and reluctant father – for Ed, the world may as well have already ended.  So when it does end in a catastrophic asteroid strike and Edgar and his family find refuge in an Edinburgh army barracks, it comes as something of a relief. His world becomes simpler, life becomes easier, things might just be looking up.
Kindle Price: £1.99
Click here to download this book. 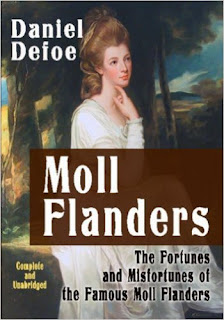 THE FORTUNES & MISFORTUNES OF THE FAMOUS MOLL FLANDERS
Considered one of the great English novels, Defoe's book follows Moll Flanders as she struggles to avoid the deadly poverty of 17th-century England. From a prison-birth to final prosperity, Moll reckons love, theft and prostitution in terms of profit and loss and emerges as an extraordinary character. This vivid saga of an irresistible and notorious heroine - her high misdemeanors and delinquencies, her varied careers as a prostitute, a charming and faithful wife, a thief, and a convict - endures today as one of the liveliest, most candid records of a woman's progress through the hypercritical labyrinth of society ever recorded.
Kindle Price: £0.99
Click here to download this book. 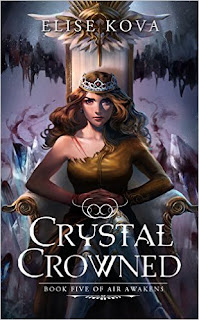 Crystal Crowned
One bloodthirsty ruler has been overthrown by another, casting the shadow of death over the Solaris Empire. Vhalla Yarl stands upon the stage of fate, prepared to do battle one final time. Fragile alliances will be tested and new bonds will be formed as the world is reshaped. She fights as the champion of peace, but when the night is darkest will she be able to pay the price of a new dawn?
Kindle Price: £2.30
Click here to download this book.