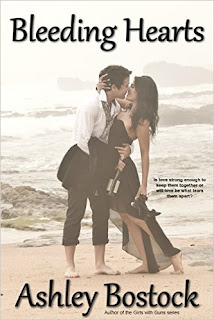 Bleeding Hearts
Stressed out from planning a wedding on the Big Island of Hawaii, Violet Lawrence heads into the local bar where she meets Griffen. He is utterly sexy and melt your socks off charming. After a few drinks, Violet has her first one-night stand. After agreeing to keep their tryst as exactly what it was, they go their separate ways - never exchanging numbers. Violet is shocked to see that her one-night stand man plays a vital role in the wedding. Learning they live close to one another in California and unable to keep their hands off each other, Griffen and Violet finally agree to exchange phone numbers. But a bet Griffen made with his friends, threatens to ruin their friendship. As does the fact that he has a career changing decision looming over his head that would effectively end any romance he has with Violet.
Kindle Price: £0.00
Click here to download this book. 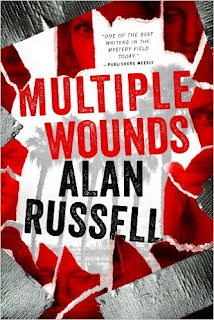 Multiple Wounds
Holly Troy's mind is a complex maze of myth and reality, multiple personalities vying for time in the spotlight. As an artist, she is creative and compelling. As a witness, she is painfully unreliable, unsure of even which person she was the night of the murder. Even Holly can’t be sure of her own innocence. Homicide detective Orson Cheever never thought he would find himself playing psychologist to a Greek goddess in a modern-day murder investigation, but many of Holly's personalities come straight from classical mythology, from Cronos and Pandora to the Fates.
Kindle Price: £3.98
Click here to download this book. 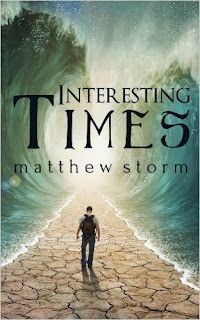 Interesting Times
Oliver Jones was a dull man living a dull life, until one night a stray cat began speaking to him. In English. And that was before things got really strange. Now he is on the run, hunted by an inhuman assassin who will stop at nothing to kill him. His only hope for survival rests with a trio of unlikely new allies: A werewolf with a fondness for Hawaiian shirts, a strange little girl who just might be immortal, and a gunfighter with an anger management problem. Oliver always wanted a little excitement in his life, but now he finds himself living in Interesting Times...
Kindle Price: £2.63
Click here to download this book. 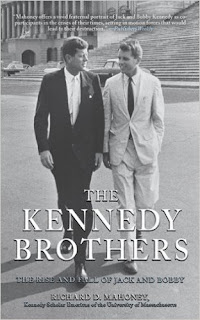 The Kennedy Brothers: The Rise and Fall of Jack and Bobby
This intriguing book brings a fresh perspective to bear on the intimate, charged partnership of John and Robert Kennedy. The author, Richard D. Mahoney, whose father was a friend of Bobby's and an appointee of Jack's, has both the academic and political experience necessary to evaluate evidence of the Kennedys' relations with the Mafia, anti-Castro rebels, and other groups lurking in the shadows of American life. He also has a sharp eye for the brothers' differing yet complementary personalities. Jack was intellectual and cheerfully cynical, with a zest for pleasure increased by a life-threatening illness concealed from the public. He looked to passionate, partisan Bobby for bulldog-like political support and used his brother as a "moral compass" when planning his administration's actions on civil rights, the corruption of organized labor, and the containment of Communism.
Kindle Price: £1.99
Click here to download this book. 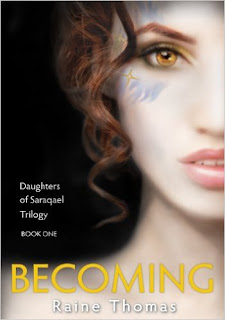 Becoming
Amber must Become, transitioning to another plane of existence and risking the loss of the most important relationship she’s ever had. Her choice will impact the future of an entire race of beings, and will pit her against an enemy that will prey upon her doubt to try and take her very life.
Kindle Price: £0.99
Click here to download this book. 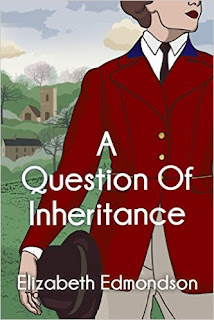 A Question of Inheritance
The town of Selchester is rich in scandal and gossip...
The bestselling cold war mystery series is on sale now until the end of Feb. Download it today.
Kindle Price: £3.98
Click here to download this book. 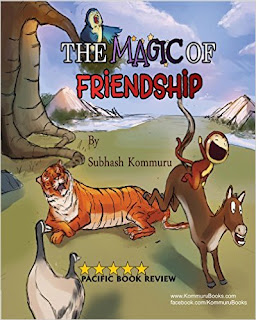 The Magic of Friendship
A delightful allegorical father-to-son story about bullying and friendship amid the Indian culture that is replete with aptly complementing illustrations set within cast of indigenous animals." -- Pacific Book Review
"Aims and stands above others, world-changing potentials in this winning, feel-good story." -- Midwest Book Review
Kindle Price: £1.99
Click here to download this book.
Posted by Joisel at 4:00 PM