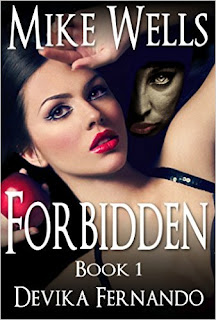 Forbidden, Book 1: A Novel of Love and Betrayal (Forbidden Romantic Thriller Series)
When Lady Eleanor Sotheby unexpectedly enters the life of Jayne Clark, a 23-year old waitress from Wichita, Kansas, Jayne's world is turned upside down. Not only is she welcomed into a family that she never knew, but she is thrust headlong into the highest strata of European society. Nothing is too grand in the fairy tale lives of the uber-rich--the spectacular seaside villas, the sleek, chauffeured limousines, the outrageously expensive designer clothes. When Jayne plays her part and learns to fit into this new world, she meets Robert Astor, the man of her dreams. But her feelings for Robert are forbidden. Jayne's heady new life begins to unravel into a dark web of deceit, domination and greed...and she ultimately finds herself confronting an evil that truly has no limits.
Kindle Price: £0.00
Click here to download this book. 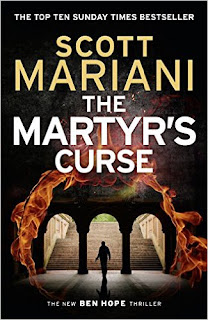 The Martyr's Curse (Ben Hope, Book 11)
Could Ben Hope have found peace at last? That s the question he s asking himself after his wanderings through Europe have led him to a remote medieval monastery in the French Alps. A haven of serenity, a place he wants to remain. But wherever Ben goes, trouble is never too far behind. When a team of merciless killers invade his newfound sanctuary and slaughter the innocent monks, Ben s revenge quest quickly draws him into a bewildering mystery of stolen treasure, deception and murder.
Kindle Price: £2.99
Click here to download this book. 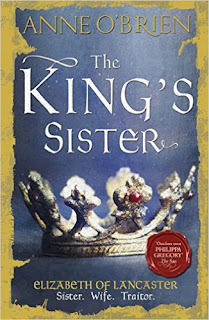 The King's Sister
1382. Daughter of John of Gaunt, sister to the future King Henry IV, Elizabeth of Lancaster has learned the shrewd tricks of the court from England’s most powerful men. In a time of political turmoil, allegiance to family is everything. A Plantagenet princess should never defy her father’s wishes. Yet headstrong Elizabeth refuses to bow to the fate of a strategic marriage. Rejecting her duty, Elizabeth weds the charming and ruthlessly ambitious Sir John Holland: Duke of Exeter, half-brother to King Richard II and the one man she has always wanted. But defiance can come at a price. 1399. Elizabeth’s brother Henry has seized the throne. Her husband, confident to the usurped Richard, masterminds a secret plot against the new King. Trapped in a dangerous web, Elizabeth must make a choice. Defy the King and betray her family. Or condemn her husband and send him to his death. Sister. Wife. Traitor. She holds the fate of England in her hands.
Kindle Price: £3.99
Click here to download this book. 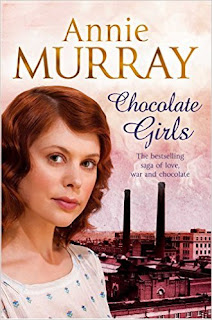 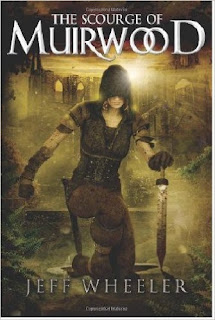 The Scourge of Muirwood (Legends of Muirwood Book 3)
Upon discovering she is the lost heir of Pry-Ree, Lia is forced to leave the protection of Muirwood once again. She embarks upon a perilous journey across the kingdom where she avoids capture and begs passage on a ship bound to Dahomey. Lia's safety is in further jeopardy when she finally reaches Dochte Abbey and learns the hetaera have taken control. Lia must gather all her strength and muster the courage to defeat them, for if she fails, the consequence would be a world in ruin and the shattered lives of those she loves.
Kindle Price: £3.49
Click here to download this book.